Do Companies Need to Calm Down About Social Media? 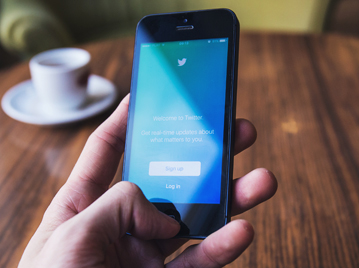 It’s official – if you want that high-flying job, you’d better take a look at your social media privacy settings.

But is it fair to reject candidates based on their social media use, and at what point does the unwillingness to work with someone whose opinions, beliefs or lifestyle clash with your own edge into discriminatory territory? How much should someone’s private life matter, compared to their ability to do their job? Do companies simply need to calm down about social media?

Take a recent example from one of our clients – having made it through their extensive interview process, he was hired by a top international ad agency. The agency loved him, his skill set was ideal and he’d been given a start date – then, seemingly out of the blue, the agency withdrew their offer. A friend of the hiring manager had seen some of the candidate’s tweets, prompting the agency’s decision to go in a different direction.

These tweets weren’t illegal or offensive – they were simply opinions.It’s also worth emphasising that his expression of these opinions was enough to cause the agency to withdraw their offer despite having met him in person several times. The question of “putting employers off” in the pre-interview stage is open enough – after all, who wants to be pre-judged based on a Facebook profile picture and short description? But this wasn’t a case of taking disembodied opinions out of context. They were already familiar with him, and still found this sufficient to withdraw their offer.

Not only could rejecting a candidate based on their personal beliefs be considered discriminatory, it’s questionable whether it is best for a business to simply hire candidates who all think the same way as each other. Do we really want to live in a society where there’s an ‘accepted’ way to think, and expressing an alternative political view can cost someone their career?

We opened the question up for debate on LinkedIn and found our connections were divided – many made the valid point that any information available is in the public domain, and that candidates should be social-media savvy, while others also raised the question of discriminatory practices. It’s undeniable that anyone working in the digital sphere should be aware of their digital profile – but now that we live in an era where children grow up with social media profiles, is it really fair to punish them years down the line for a poorly protected tweet? Is it possible that a hiring manager whose swamped with applications could simply look at your Facebook profile and decide they don’t like the look of you? Could it be that, actually, putting your personal profiles under a different name or deleting them entirely is the best way to go?

Well, no, not necessarily – becausesocial media bias can go both ways. If you’re looking for job opportunities in digital, London recruitment firms and hiring managers often check your social media for quite a different reason: to assess your ‘personal brand’. If you’ve a lot of followers or a high profile presence, that can work in your advantage. But again, should this really be the case? It could be argued that someone who is dedicating their career to raising their clients’ profile may be too busy, or simply unwilling, to dedicate the same efforts to their own social accounts – so should we expect their jobs to spill over into their private lives, simply to prove a point?

Recently, a senior social director we were working with was eventually turned down from a role at a global media agency because he had no personal Facebook or LinkedIn profile. His argument was that he’d been doing his job for ten years at major agencies, to great success. Why should he need to prove his worth like that?

Whether you believe that a social media check is no difference from due diligence or that it’s an invasion into our private lives, it’s clear that it’s a choppy course which should be navigated with great caution. So, candidates – if you’re wondering why you’re being turned down for ideal roles on a regular basis, it could be that a social media healthcheck is in order. And employers – maybe consider cutting candidates a little slack about their online lives. Face-to-face interviews are by far the best way to figure out whether that comment you’re questioning was tongue in cheek or sincere – and ultimately, suitability for the role should be more important than whether you support the same political party.

Next Article : Let me introduce you to our two new Business Managers…
Share :