The ‘Wacky’ Approach To Job Applications – Impressive Or Irritating? 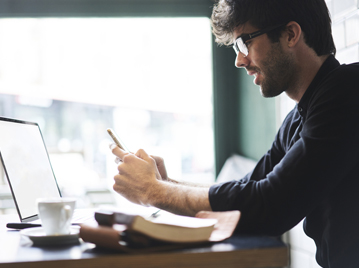 When applying for jobs, we’ve all tried something a little extra to stand out from the crowd. Whether it’s paying to download a professionally designed CV template, splashing out on interview coaching or writing a bold and unconventional cover letter, in a competitive jobs market, it makes sense to go the extra mile in the hunt for a job interview. But is there such a thing as going too far in your attempt to impress? There’s a growing trend for ‘wacky’ or ‘outside the box’ applications, especially in the creative industries – but these run the risk of falling flat.

Take the case of one graduate, who sent Sumo her CV as a recipe, rather than a standard template. Or the case of the PR hopeful who sent her prospective employers a shoe and a note explaining that she wanted to ‘get her foot in the door’. It’s easy to see why these applications can seem like a good idea, especially to young people and graduates –with prestigious grad jobs receiving as many as 400 applications per position and most grads never receiving a reply, continuing to send out the same stale CV may quickly start feeling like Einstein’s famous definition of insanity.

But are wacky applications the answer? It may depend on the position you’re applying for. The most famous success stories involve unconventional applications from designers looking to showcase their skills – for example, the Singaporean graphic designer whose ‘graphic design first aid kit’ went viral. If you’re looking for a creative job, it makes sense to ‘show’ rather than tell, and a graphic CV can be considered an extension of a creative portfolio, helping you stand out from the masses of other creatives competing for design jobs in London.

However, how well your application will be received depends not only on the culture of the company you’re applying to, but on the preferences and personality of the individual who receives your application – making creative job applications a significant risk. You might be applying for one of the quirkiest agency jobs in London, yet butt up against a hiring manager who’s had their fill of eccentricity – meaning all your effort may get you no further than the waste paper basket. Worse, popular efforts such as printing your CV on a pizza box or icing it onto a cake may be perceived as pressurizing, or even bribery – which could see you blacklisted from your agency of choice entirely.

Ultimately, if you’re thinking about going off-road with your job application, it’s probably a good idea to thoroughly research the position, company and hiring manager first – and if in doubt, don’t proceed. While it may seem you’ve got nothing to lose, the effort you’re putting in will inevitably raise your hopes – and you’re more likely to achieve your desired result from a carefully crafted cover letter, impeccable portfolio or beautifully designed website, anyway.

Next Article : The changing nature of paid social technology in the UK market
Share :