Why Candidates Are Losing Faith in Recruiters 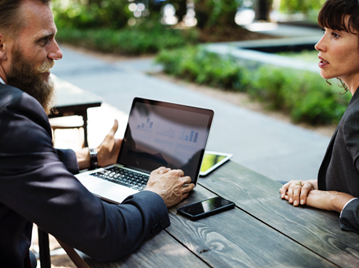 Looking for a new job is an exciting and nerve-wracking journey. The feeling of constantly putting yourself out there for rejection, the need to keep your search hidden from your current employer and the dizzyingly vast number of avenues to explore all conspire to make job-hunting an incredibly stressful time.

It would seem, then, that joining forces with a recruiter would be a no-brainer – as well as navigating the choppy waters of seemingly unlimited jobs postings, a good recruiter can offer support, feedback on job interviews and CVs, valuable advice, and can put a good word in for candidates through their personal network of contacts, if appropriate.

So why is distrust and disillusionment with recruiters increasing? The issue stems, perhaps, from the fact that, while not all recruiters are bad (hello!), the ones who are bad can make mistakes which are so devastating for candidates, that many people are starting to believe taking a chance on a recruiter simply isn’t worth the risk.

The Heinous Crimes of Disreputable Recruiters

We’ve heard our fair share of horror stories here at Sumo – from candidates being offered roles via a recruiter that were never offered by the client, to people’s CVs being sent to their bosses. The latter makes an amusing anecdote, but it’s no laughing matter really – after all, under the right circumstances, your boss may be able to dismiss you simply for the fact that you’re actively seeking another opportunity.

Gennadiy Krivdyuk, whose LinkedIn article we linked to earlier, suffered an even worse fate at the hands of a hapless recruiter. His CV was sent to multiple companies by a recruiter without his knowledge – the companies then wouldn’t call him in for an interview because they’d already seen his CV, but, not wanting to pay a recruiter’s commission, they couldn’t work with him – and because his recruiter had taken the liberty of sending his CV all over town, he now couldn’t apply for any jobs independently of the recruiter.

We’d like to stress that these aren’t common practices, and any recruiter with a shred of self-respect or human empathy would rather eat a box of live frogs than callously destroy a candidate’s job prospects like that. But there are bad apples in any field, and certain recruiters do just care about commission – and they’re having a devastating effect on the reputation of the industry.

How Honest Recruiters Can Help

Despite the above, not all recruiters are just out for themselves. We can only speak for our own company and others like it, but at Sumo, we recognise that this industry is built on two things: relationships and reputation. The typical mistakes recruiters make (sending applications to jobs in an area a candidate has already said they don’t want to work, failing to respond to candidates, not offering feedback on job interviews or CV submissions) are simply lazy and shortsighted ways of doing business. If you work successfully with a candidate, you can build a relationship with them which will last their entire career. But if a single lazy mistake of the kind mentioned above slips out, the reputation of your entire agency could be destroyed.

Most importantly, at Sumo, we’re hired by companies to find the perfect fit for their role, rather than paid on commission out of candidate’s salaries. So when you work with us, you know we’re not just looking to quickly slot you in to any role that’ll have you – we want to make sure you’re suitable for the role in question and that you’ll be happy there and stay in the job for a reasonable period of time. It also means we personally know all the hiring managers we put you in touch with and can offer you in-depth feedback on your CV and job interview skills. So if you’re looking for London recruitment agencies but you’ve been put off by scare stories, try Sumo – your CV is safe with us.